When coming to Can Tho, don't forget to visit Bang Lang Stork Garden

Many people think that if traveling to Can Tho without visiting Bang Lang Stork Garden, it is not counted as having set foot in the headland of the country. 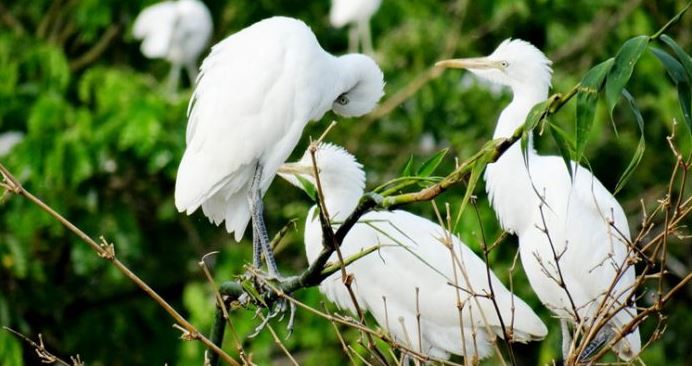 Let's explore with Easygo what makes the stork garden special!

Where is Bang Lang Stork Garden?

Bang Lang Stork Garden is located in Thuan An commune, Thot Not, Can Tho.

In the garden, there are many species of storks gathering with the number up to tens of thousands of individuals, they have different characteristics and behaviors, typically: Lep stork weighs only about 150g, Nga stork has a yellow beak, and Dum stork has black color with white spots on the breast, Quam stork weighs up to 1.2kg, Rang stork is also known as fire stork, its feathers are red like the afternoon, Ruoi stork has white feathers, yellow beak, black legs, specializes in catching flies on buffalo backs,  Ca stork has a black beak, has a talent for catching fish, Ma stork, ...

Most of the above species of storks often come to the garden a lot in the breeding season from August to January of the lunar calendar every year. 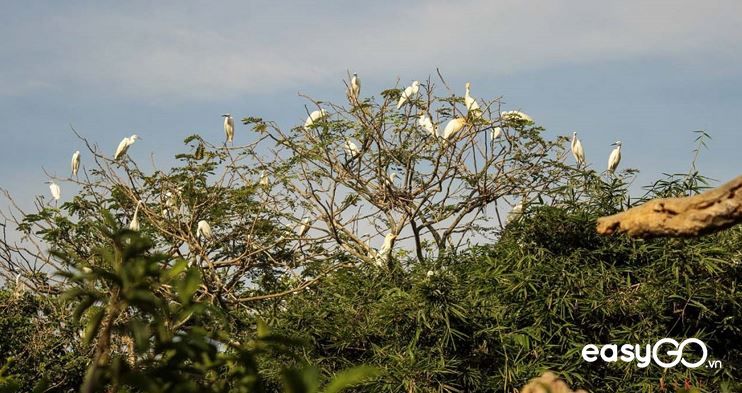 Besides the storks, there are also some species of their relatives such as black-crowned night heron, pelican, white-breasted waterhen, chickadee, .. especially the cormorant species, the whole body is black, with feet like a duck's feet. … especially some rare and precious birds that are being hunted for medicinal purposes such as moorhen also converge here.

The owner of Bang Lang stork garden in Can Tho is Mr. Nguyen Ngoc Thuyen, people here often call him Mr. Bay Co. He said, in 1983, suddenly a flock of ghost storks (small storks, black body, gray and white wings that match the color of the leaves) with hundreds of them flew back to fill a corner of the garden. It didn't take long for them to suddenly leave the whole herd, it took nearly a year to see them return and also brought "new friends" with nearly a dozen species of storks of all sizes and numbers estimated to be even a thousand. This time they settled here permanently. 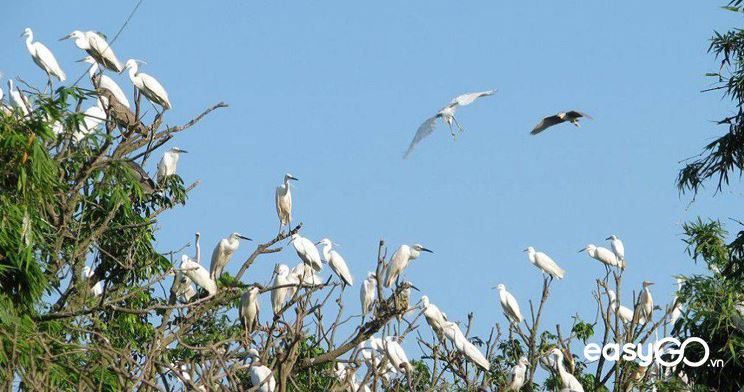 At this time, Mr. Bay himself was surprised when he saw that the storks chose their garden to live in, but they were ready to love nature and think that the birds would land in a good place, so he discussed with his family to create more conditions for them to live.

This land was formerly a rice field, around the bank there are some bamboos, bamboos, sturgeon, nipa, brooch, tamarind, ... he just planted more trees for them to make nests, dig ponds to release fish, snails as food for storks.

As the years passed, with the care of his family, the trees in the garden were green again, and the number of storks gathered here and spawned more and more. The strange thing is that they only hang around on his land, but absolutely do not "encroach" on other gardens. Gradually his garden of nearly 2 hectares has become a peaceful home for storks.

Up to now, with more than 30 years of working with storks, Mr. Bay is considered as a Stork in the South with extensive knowledge and practical experience on storks.

Bang Lang Stork Garden is located in Thot Not district, about 60km from Can Tho city. Visitors from Ho Chi Minh City can use many means of transport such as planes, passenger cars, motorbikes to get to the city and then continue to move along Highway 91 through O Mon to Thot Not straight to Bang Lang stork garden.

From Bang Lang bridge, there is a smaller path leading to the stork garden, visitors can rent motorbikes, bicycles or walk about 2km to reach the place. If going in the high water season, visitors will have the opportunity to experience interesting things on boats floating straight into Bang Lang stork garden.

Along the road are rows of purple mausoleum trees and straight old bamboo ramparts whispering to welcome the wind and protect pedestrians, creating an indescribably peaceful feeling.

In the good land of birds, Bang Lang stork garden has created a wonderful living space for birds from all over the world to live here. To see the vibrant rhythm of life in the sound of the music of the Bang Lang stork garden, visitors should go in the breeding season, which falls from August to January of the lunar calendar every year. Particularly, ghost storks are from February to April of the lunar calendar. 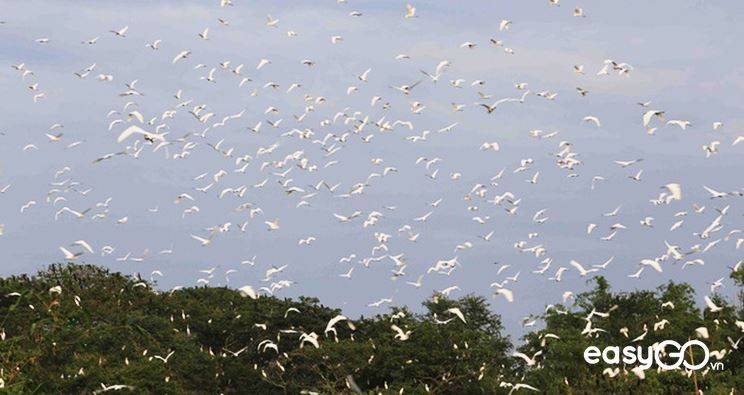 Just like the bees who are diligently looking for flowers to suck nectar, the storks start their new day journey from about 5-6 am to "leave home" to feed and only return when the sun has fallen.

Therefore, if you cannot see them at dawn, visitors will have to wait until sunset to see all the natural beauty that Bang Lang stork garden brings.

Bang Lang Stork Garden offers a peaceful scene of the Mekong Delta countryside from the green bamboo shady road to a forest garden of more than 15 hectares with interwoven trees that are home to thousands of storks and " their friends" disturbing the entire southern sky. 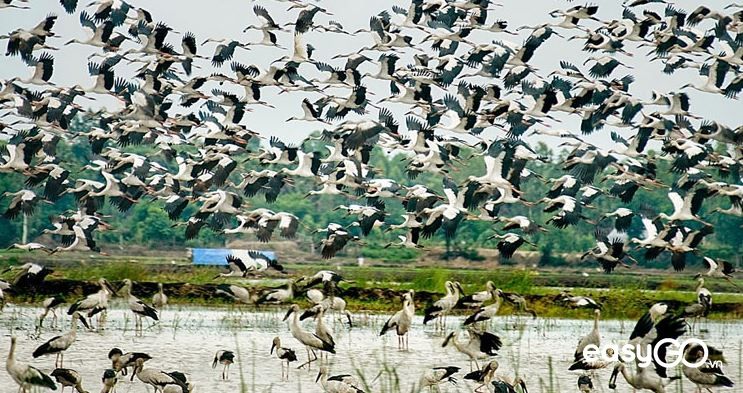 Bang Lang Stork Garden is like a big house of birds living together and playing their own music to captivate visitors every time they visit.

Under the mist of the night or the pure red sunset, the appearance of storks fluttering in the sky like a soft silk strip fluttering in the wind showing off a vibrant dance makes the whole area wake up, then when that sound gradually disappears behind the trees, Bang Lang stork garden put on a peaceful and quiet rural look.

Moments like returning to childhood will be rushed back when you come to the stork garden, an unforgettable feeling of homeland that every child in the countryside growing up never forgets,...