Anyone who comes to Cao Bang which has majestic time in the Northeast also wishes to at least once go to Ban Gioc waterfall, to Nguom Ngao cave. These are two famous landscapes in the border district of Trung Khanh. 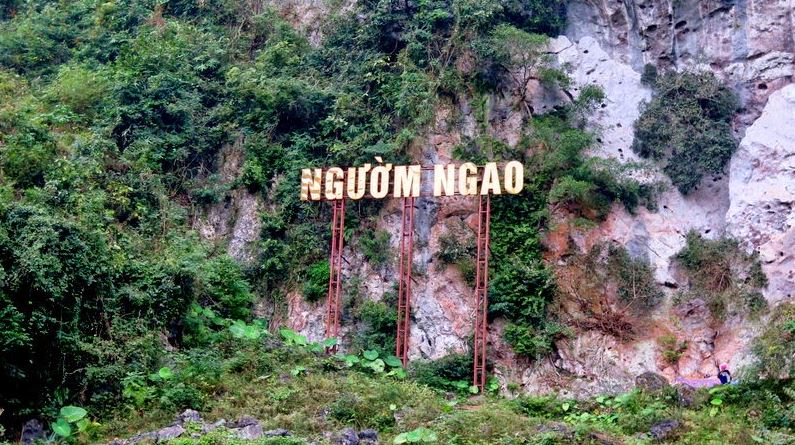 Where is Nguom Ngao Cave?

It is located in the heart of a mountain, only 5 km from Ban Gioc waterfall. 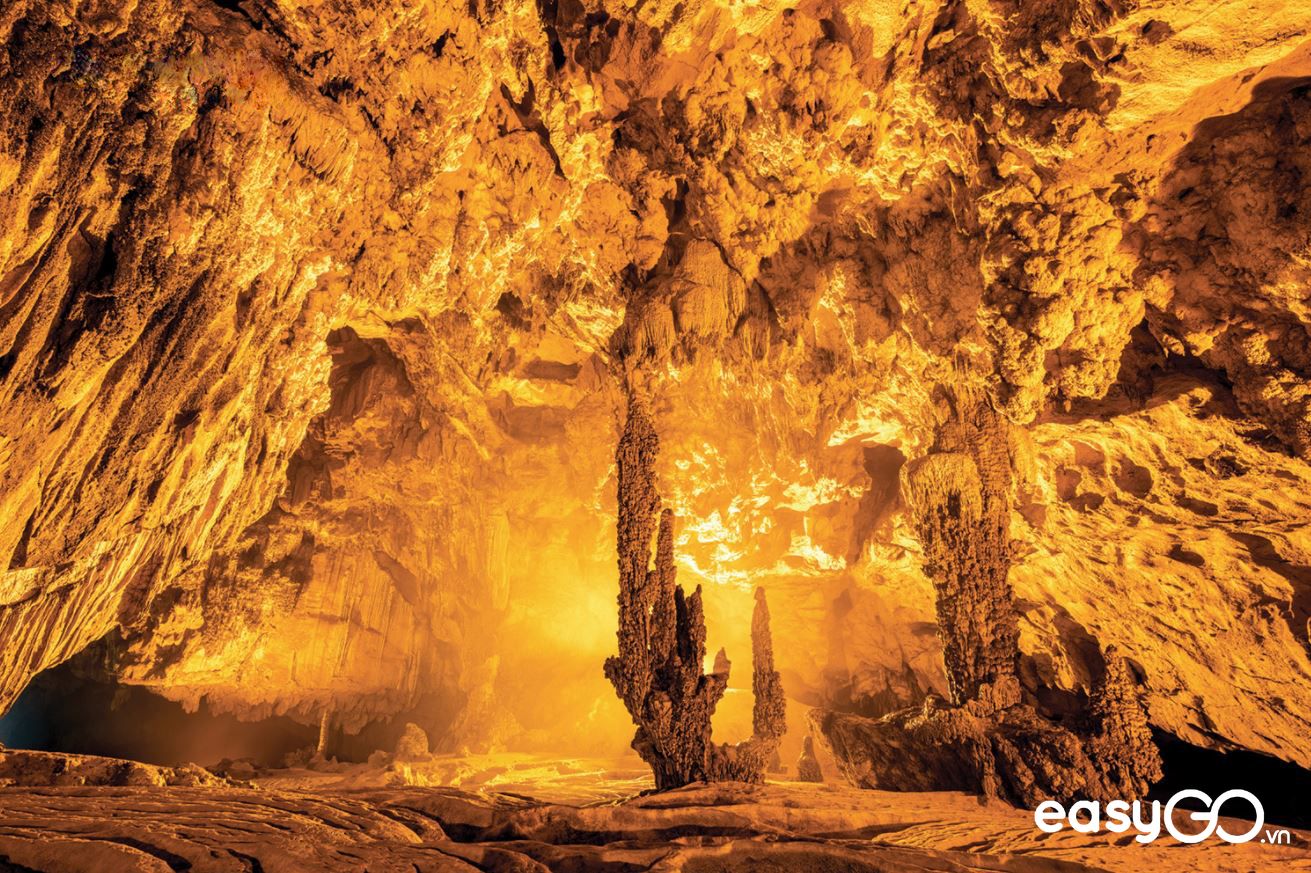 The cave has a total length of more than 2,140 m, including three main gates, which are Nguom Ngao, Nguom Lom, and Nguom Ban Thuon.

Do you know? Nguom Ngao in Tay language means Tiger cave. Nguom - cave, Ngao - tiger. Legend has it that in the past, many fierce tigers were living in the cave, so-called Tiger Cave.

However, there is a theory that the roars are emitted because of the sound of flowing water, which makes it sound like the roar of a fierce tiger. 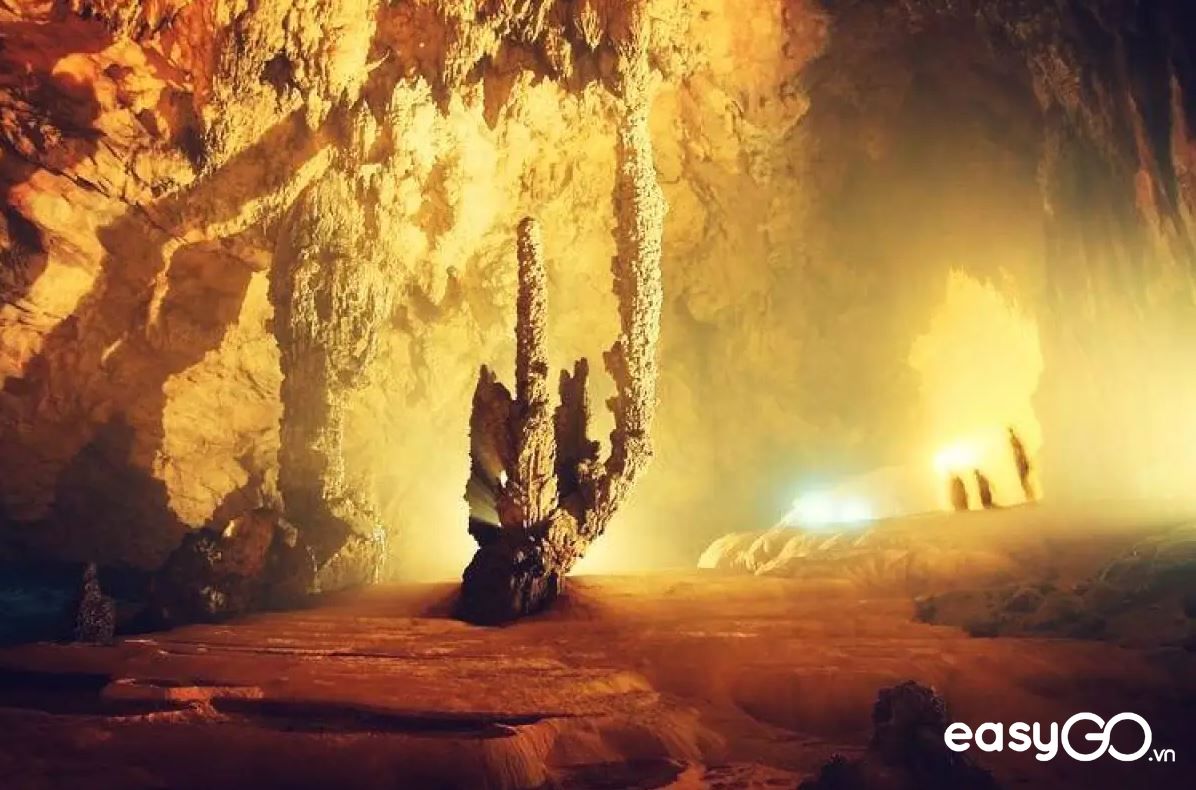 The cave attracts visitors through its natural and beautiful stalactites. Prominent points in the quiet space are the shapes of coral trees and ships, golden waterfalls, silver waterfalls, stone pillars, upside-down lotuses.

Referring to Cao Bang, people know Ban Gioc Waterfall. If you go further 3km from this cave, you will reach Ban Gioc waterfall. The waterfall is considered the most beautiful natural waterfall in Vietnam.

Inside Nguom Ngao Cave - a gift from nature

Nguom Ngao cave is divided into many zones, the "four pillars of heaven" area is true to its name, there are stone pillars that look like pillars against the sky. 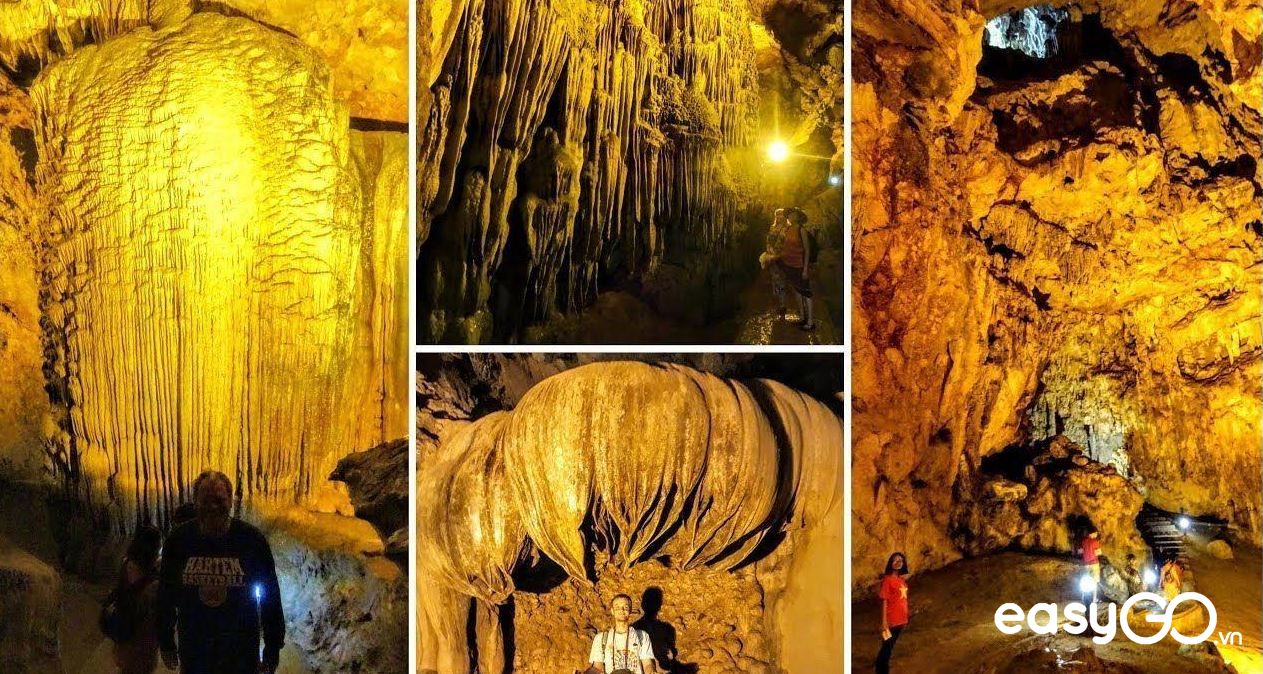 The central area with extremely large space and the treasure area is the mountains of stalactites sparkling with gold, attractive silver, shining aura on the whole area.

And sometimes, we also encounter small streams in the cave and the sound of murmuring water sounds very pleasant. They make your trip more enjoyable.

In the cave, many nooks and crannies can only fit one person, there is a section of stalactites from the ceiling of the cave that suddenly blocks the path, you have to bend over to cross. 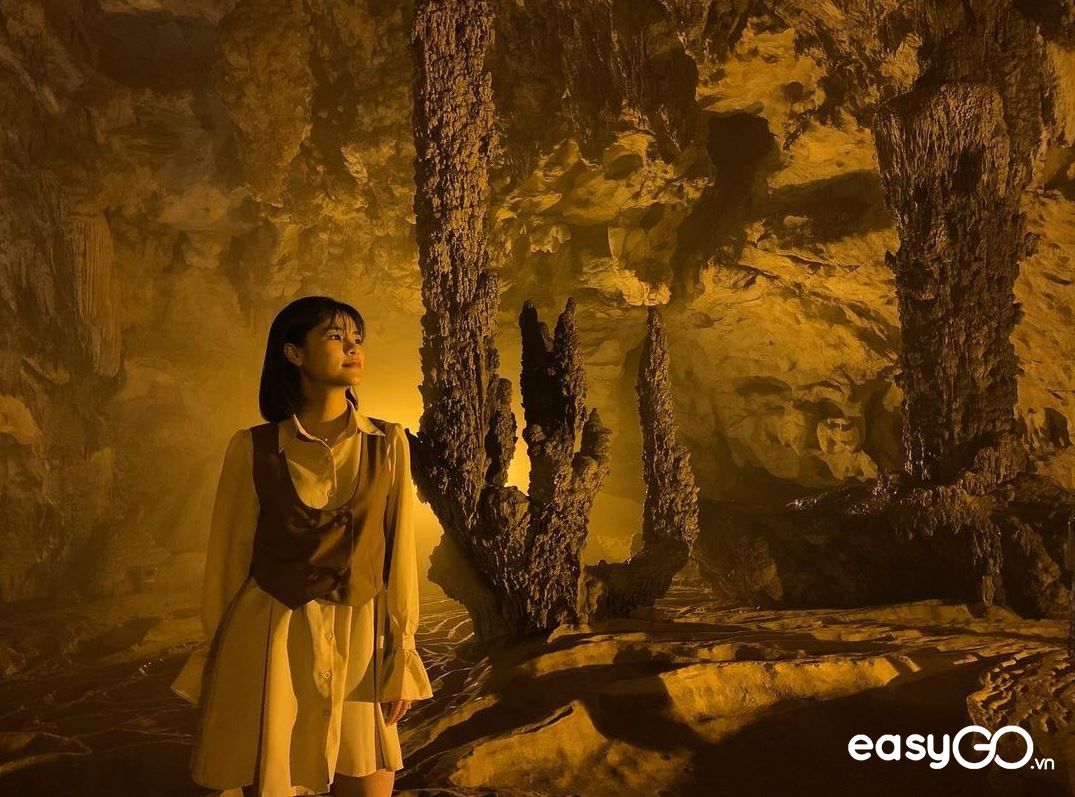 The unique feature that makes the name of the scenic spot named Nguom Ngao is the beautiful terraced fields created by the limestone floors that have been eroded and weathered for many millions of years.

The most special is the limestone block "Golden Lotus" upside down on the stone block. This is truly a "masterpiece of nature". The petals are created elaborately, meticulously to reach perfection. 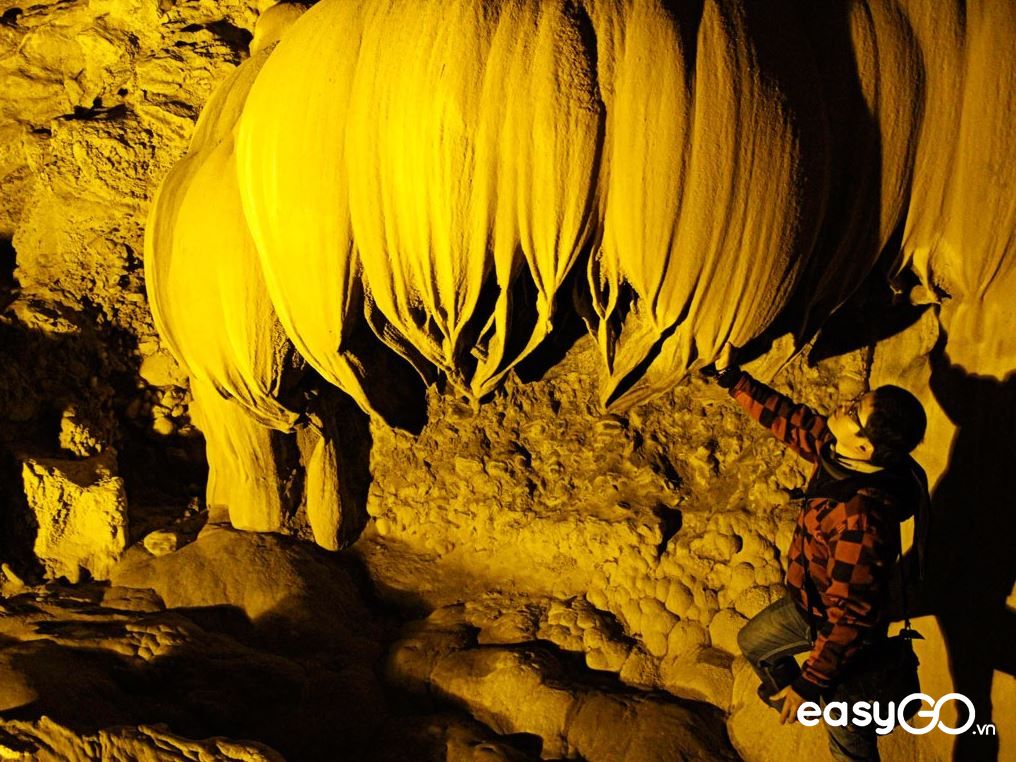 The temperature in Nguom Ngao cave is always stable from 18 to 25 degrees, so it always brings a cool feeling in the summer, warm in the winter, so you can touch any season of the year.

An Interesting point only in Nguom Ngao cave is that there is an opening to the sky in the cave, but only at exactly 2 pm on April 22 every year, the light outside and inside the cave meet. 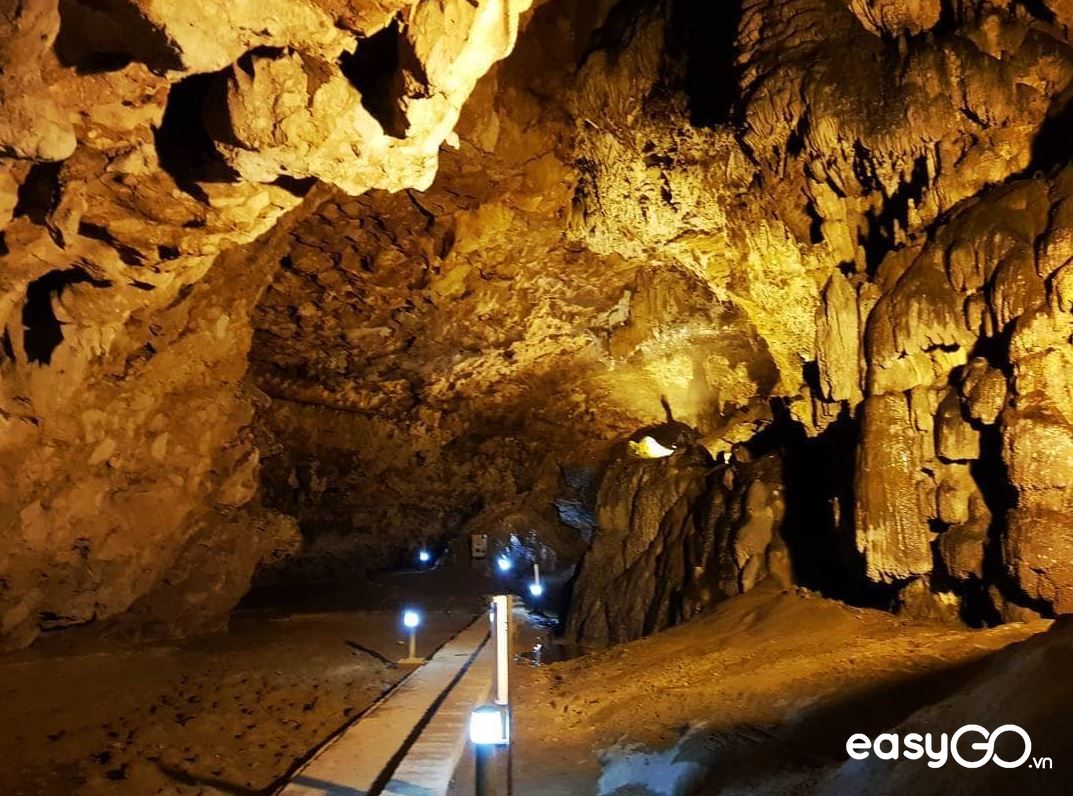 This causes an area of the heart to glow like daylight for a few short minutes. Perhaps this is an interesting natural phenomenon that nature bestows only on Nguom Ngao cave.

If you visit other caves, you always have to look up to see the stalactites of all kinds with great shapes on the ceiling and arches of the cave. 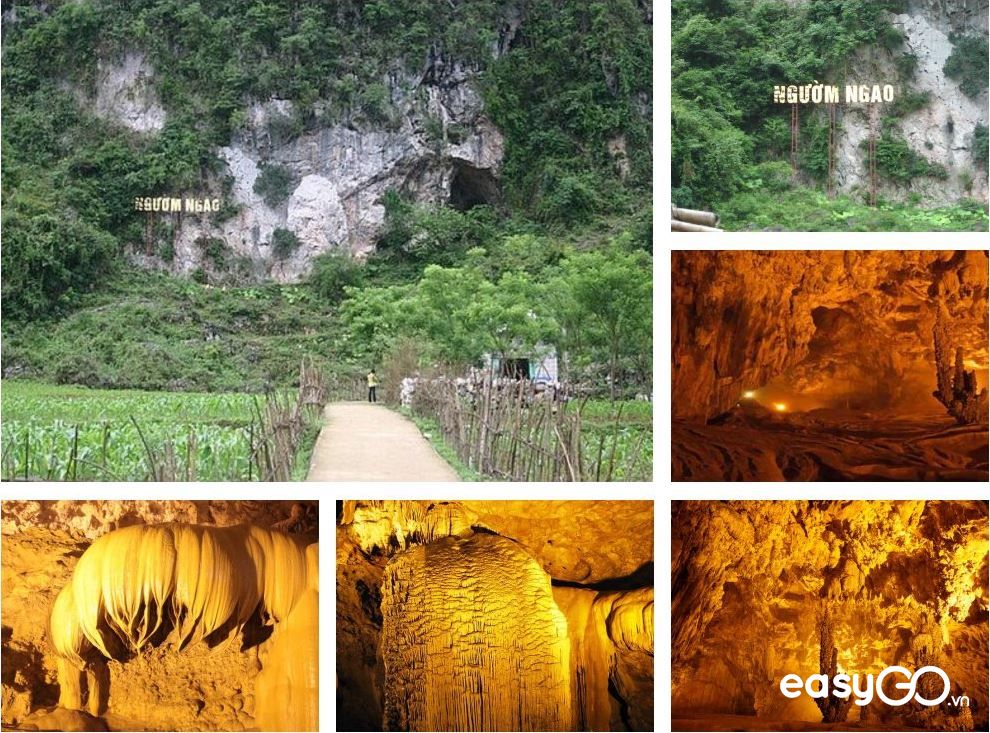 Then the difference when coming to Nguom Ngao, you also have to pay attention to your steps.

The abrasive rock here makes you feel as if you are walking through the lovely miniature terraced fields of the Northwest high mountains. The floor of the cave is covered with fossils like water rushing through the sand in the sea.

Where can you find a more amazing phenomenon than that!!!

You can visit the cave all year round, but you should come around May to September.

Because this is the rainy season in Cao Bang, there are many streams of water flowing in the cave that are shimmering and beautiful looking like they are inlaid with glittering diamonds.

And the feeling of being lost in the royal palace of an Arab kingdom in the story "One Thousand and One Nights" is something you will imagine. 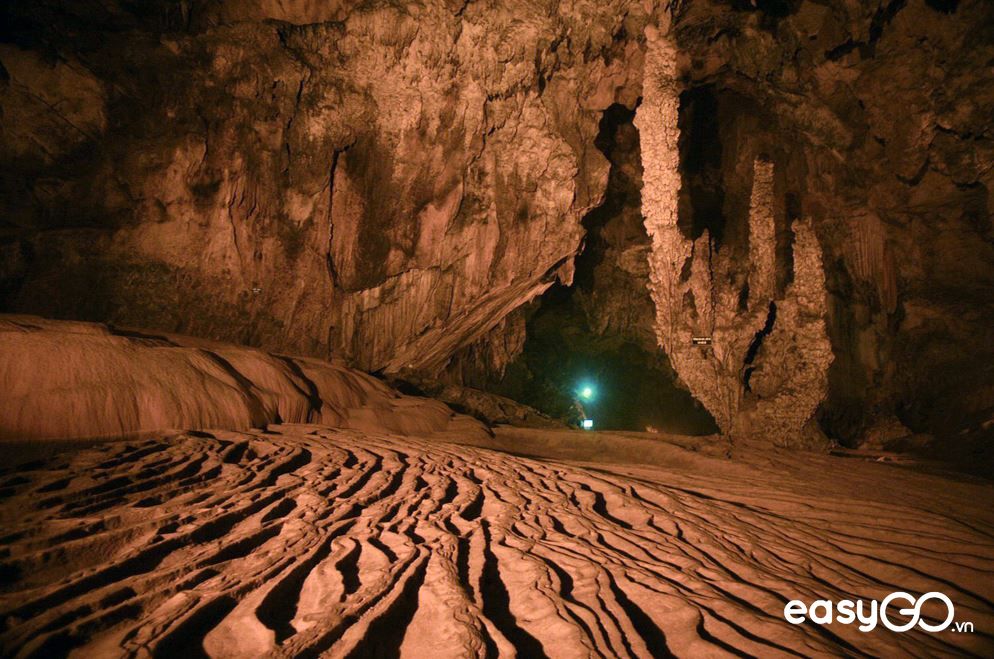 This is also the time when Ban Gioc waterfall is most majestic: the water rushes, the foam is white. You can visit these 2 wonderful tourist attractions in Cao Bang at the same time in the most beautiful season of the year.

However, you can also visit Nguom Ngao Cave in the dry season, because the time from October to April next year is also very beautiful.

Just pick up your backpack and come to Nguom Ngao Cave.