Poshanu Cham Tower is one of the rarely typical Cham Pa architecture that still exists and remains until this day. In its heyday, the tower was considered a symbol of the whole Kingdom of Champa. 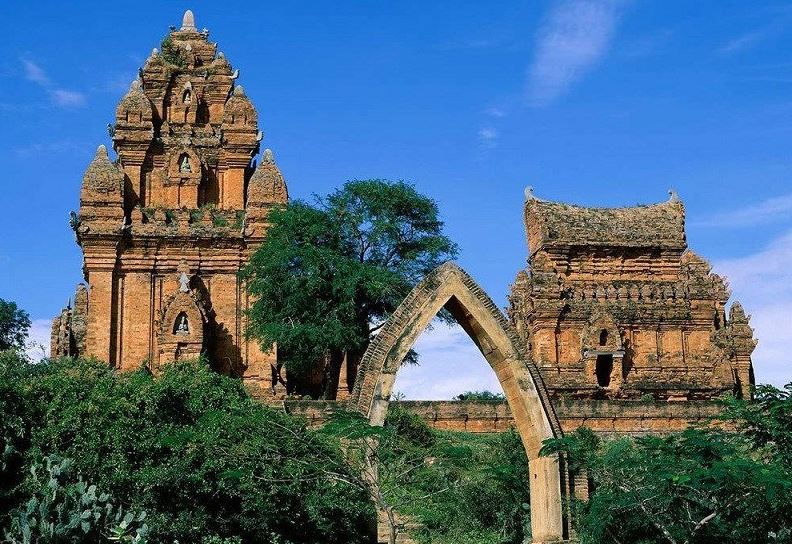 Where is Poshanu Cham Tower?

Poshanu Cham Tower is 7km from Phan Thiet city, located in the old Lau Ong Hoang relic. The tower is located on Ba Nai hill, in Phu Hai ward. When it was first built, the Cham tower was considered a great work and a symbol of the Kingdom of Champa at that time. 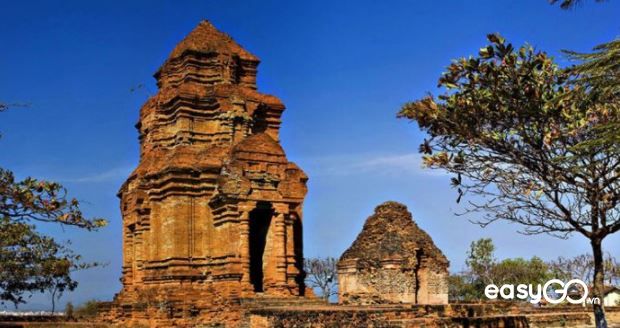 The attraction point of this Cham tower is the architectural and artistic quintessence of the ancient Cham people creating unique and mysterious works that today many things are unexplored.

A tower complex is a group of monuments and towers built around the end of the 8th century, the beginning of the 9th century in the ancient Champa Kingdom, worshiping Shiva - one of the most worshiped and respected Hindu gods in Champa culture.

In the 15th century, some temples were built with simple architecture to worship Princess Poshanu - the daughter of King Para Chanh. Princess Poshanu is loved by the people for her talent and behavior. She was also the one who taught people to grow wet rice, weave brocade cloth, plant crops and raise livestock. 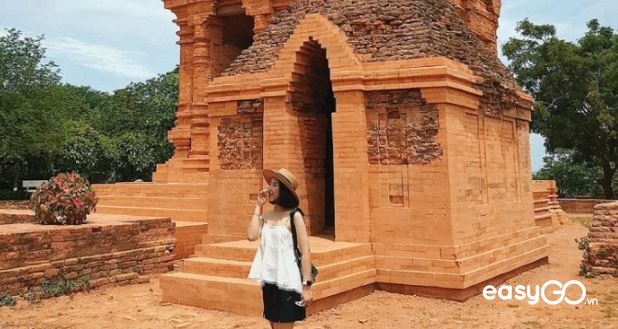 In 1992 - 1995, archaeological excavations here discovered three main towers, which a large temple used to exist, but this temple has been buried deep underground for more than 300 years.

In 1990 - 2000 the tower was restored and embellished and now the relic has been completed.

The Cham tower complex is a masterpiece left by the Cham people to mankind. Although it is only small and medium in size, it distills from the quintessence of architectural techniques and decorative arts of the ancient Cham people into a majestic and mysterious look. 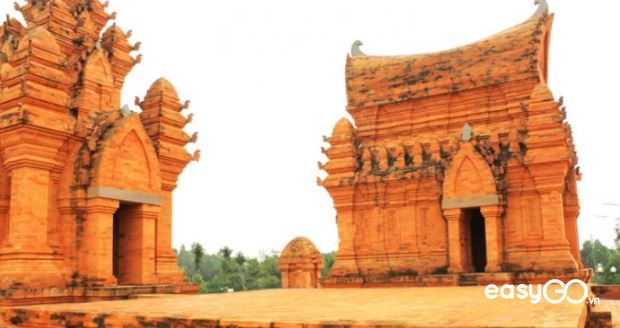 The structure consists of 3 towers:

Every year, the Poshanu tower relic site is crowded with Cham people from neighboring areas to pray for peace, pray for rain, or pray for peaceful sea trips, along with other traditional rituals showing the gratitude of the ancients and the worship of the gods ... handed down from generation to generation.

In addition, the tower also takes place the main festivals such as:

Rija Nuga, Poh Mbang Yang festivals are held in the first lunar month right at the foot of Poshanu tower. 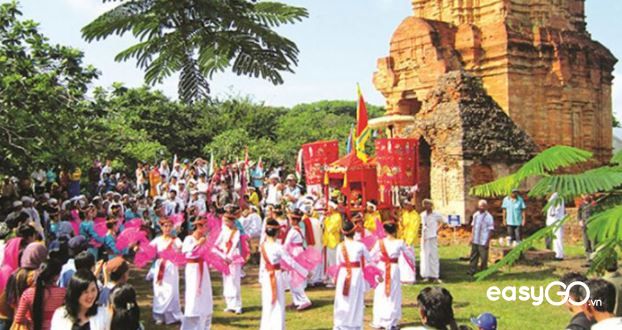 The Kate festival with many special performances takes place in the 7th month of the Cham calendar, which is around September - October of the solar calendar. On this day, there will be flexible rhythmic dances accompanied by traditional musical instruments such as Ginang drum, Paranung drum, gong, Xaranai trumpet, Grong (rattle), Kanha, etc. to captivate guests from afar.

Castle in Vietnam / The Princes Castle