Bun Cha Ha Noi is famous in the capital

A rustic dish but contains much quintessence, making even the most fastidious people satisfied. That is the "Hanoi bun cha" dish, a unique and familiar dish of the capital and tourists when they have the opportunity to come here. 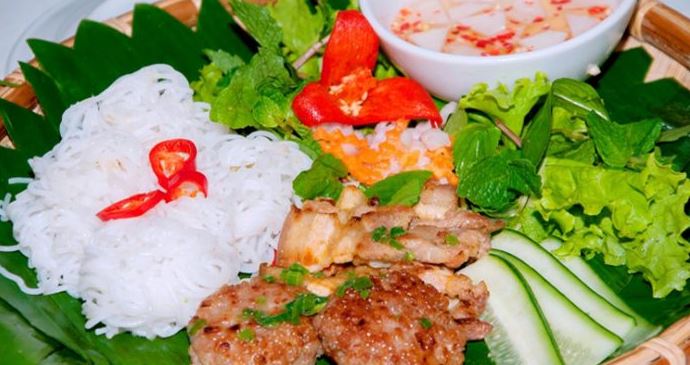 What is Bun Cha Hanoi?

Easygo - Bun cha is a rustic dish of Hanoi people, when it comes to bun cha, it is difficult to find another delicious and special place like bun cha in Ha Thanh. This is a dish consisting of fresh noodles, grilled pork on charcoal, and a bowl of spicy and sour fish sauce. 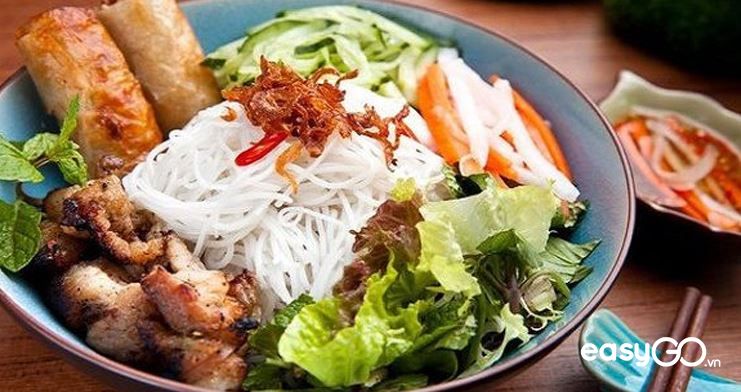 "It is not difficult to find ingredients for bun cha. The main ingredient for making pork is to choose lean shoulder and bacon, fresh noodles, raw vegetables, fish sauce, and some accompanying spices."

With the same ingredients, Bun Cha is more stylized to increase the attractiveness of the noodle dish.

How to prepare bun cha: Bun Cha usually has two types, which are minced pork balls and pork slices. For the ball, it is required to make the meat of the shoulder of minced pork and shape the ball, then marinate spices such as pepper, salt, fish sauce, sugar, dried onions, fat or vegetable oil, etc; and then shape into balls and then go to a charcoal grill. 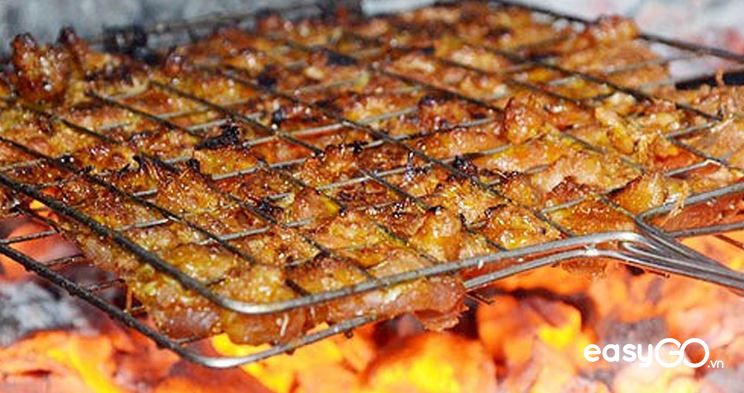 As for the patties, we usually use axillary meat and bacon, then thinly sliced and then marinated with the same seasoning as the ball, and Then go grill on charcoal. When grilled, the meat skin needs to be removed because when grilled, it will be hard and burnt.

After the grill is done, put it in a bowl of pre-mixed spicy and sour sauce to enjoy. When eating, eat with raw vegetables to enhance the flavor of the dish. 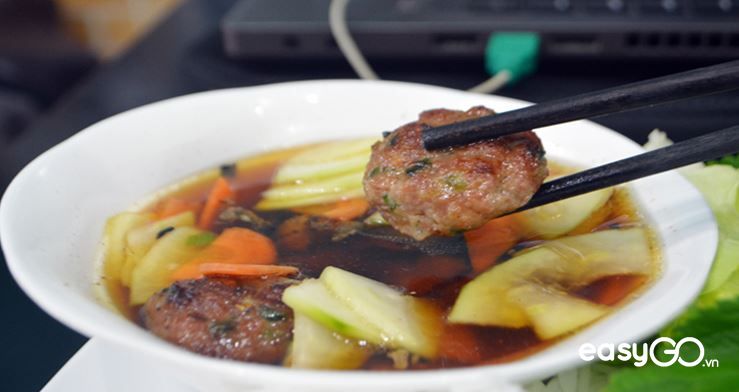 When eating Bun Cha in Hanoi, you will have interesting feelings. First, when you bite into a piece of grilled pork, you will feel the soft, delicious taste, served with fresh noodles and little raw vegetables.

"All of the above flavors will melt in the mouth, making us feel indescribable. At that time I will have to say great." 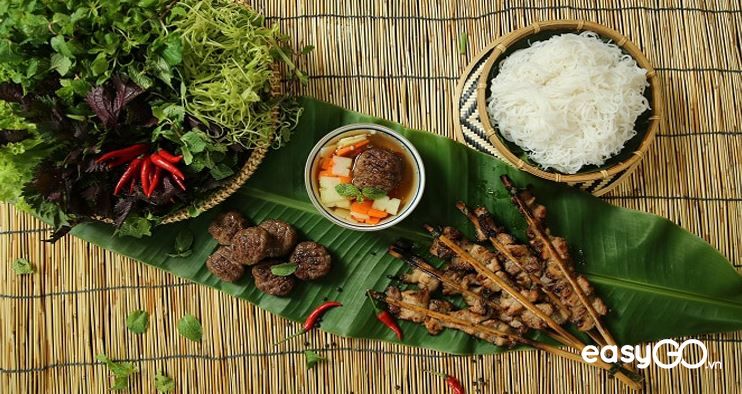 For Ha Thanh people, one can also enjoy this dish. You can eat anytime you want like morning, noon and evening depending on everyone.

It is not difficult for you to find a good Bun Cha restaurant in the streets of Hanoi. Some restaurants that are quite famous and familiar to diners are: 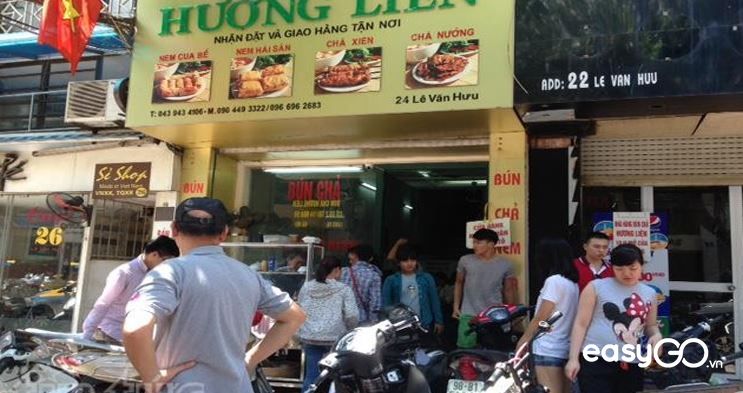 Obama's bun cha restaurant is increasingly attracting customers to eat and enjoy the special flavor of bun cha. The restaurant has a menu that includes bun cha sold by the set, in addition, it also comes with spring rolls or grilled skewers.

The shop is located at the beginning of Hang Manh Street, which has long become a familiar address for foreign tourists to the capital.

The shop is one of the oldest bun cha restaurants in Hanoi, having been taken over by many generations in the house. 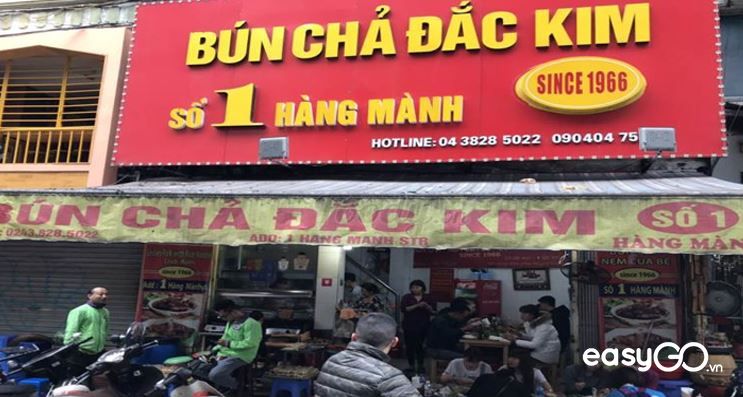 One serving here is quite full, with a lot of meat, served quite quickly, so it is frequented by tourists.

Located in the busy Ngoc Khanh street, when passing here you will have to be excited by the smell of barbecued meat in the roadside shops.

Duy Diem bun cha restaurant is one of the shops with many years of experience in making bun cha, so the taste is very special. 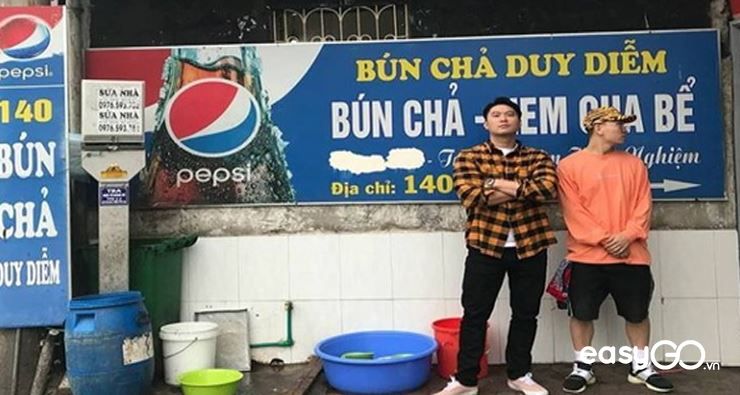 The pieces are chopped into pieces, elongated, thick, and marinated with their aromatic spices. Make the eater easily fall in love with the deliciousness of each piece of meat.

"Bun Cha Hanoi" is great. If you have the opportunity to come to this peaceful capital, don't forget to enjoy this special dish.

Hope you have a happy trip and do not forget to watch Easygo know more special dishes.