At night, in the middle of peaceful Hanoi, between empty streets and sad yellow lights, while looking at the ancient, sipping a night dish, brings a completely new feeling. Eating at night in Hanoi is no longer strange but has become a habit of many people living and working in Hanoi. Let's explore this interesting familiarity with Easygo! 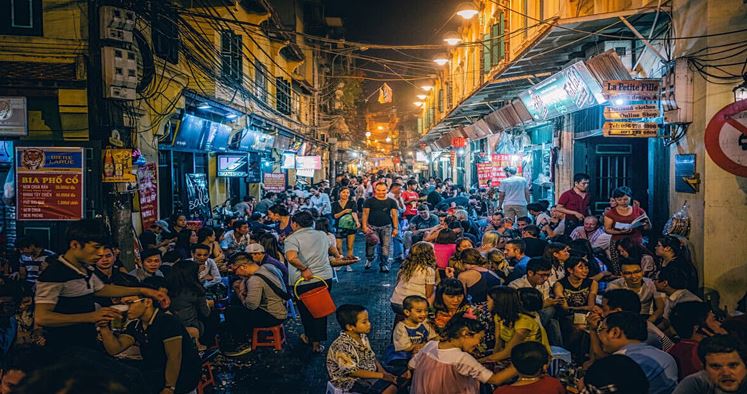 If anyone has ever had a sleepless night and wandered around the streets of Hanoi, they will understand, the rhythm of life here always flows and never stops for a moment. The night in the capital is not too noisy, ostentatious but equally bustling. 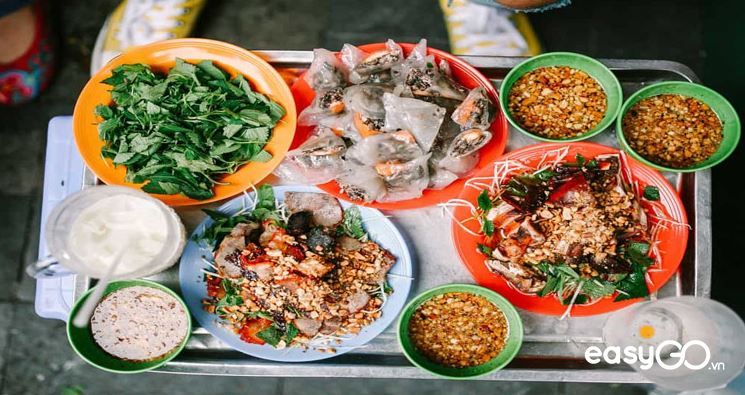 Throughout Hanoi, from the old town to the newly opened streets, there are nightlife stalls everywhere.

Usually, when it comes to going out to eat at night in Hanoi, many people will immediately suggest restaurants in the Hanoi Old Quarter area, Tong Duy Tan, Ta Hien, etc. Hanoi nightlife stalls, and of course, are always very crowded even if you go to eat at 1-2 am.

Eat Hanoi night with an empty stomach and lots of choices 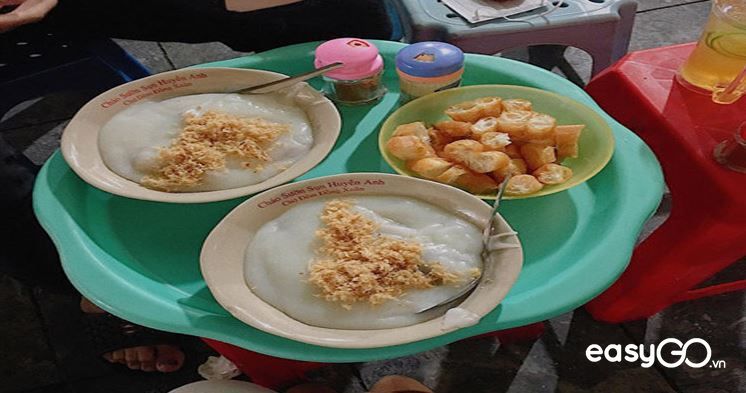 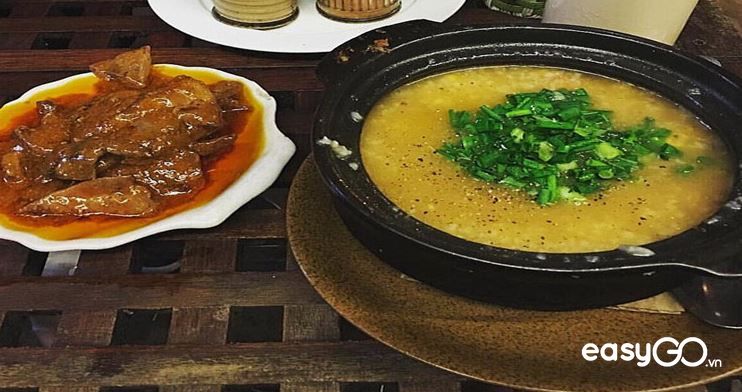 There is the subtle aroma of onion, perilla, and the pungent taste of garlic vinegar, pepper, chili powder, etc. A bowl of night porridge is gentle, just enough to fill the stomach to "hold" until the next morning, just attractive enough to " please” all customers.

Pho Hanoi - a popular dish of many people

In the book "Hanoi delicacies", writer Vu Bang once wrote:

“Even from afar, the smell of pho also has a mysterious power to seduce us like the smoke clouds of Perfume Pagoda pushing our steps, forcing us to climb to the top of the mountain to enter the inner temple and then go out again. I approached a noodle shop, what a poetic arrangement…” 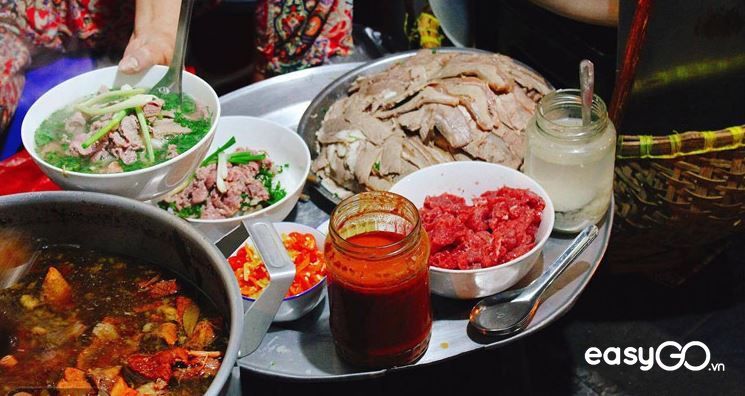 The most famous in the night pho village, you can't miss the “Pho” street vendor at the intersection of Hang Duong - Hang Chieu, open for sale from 3 am until sold out. The shop owner's work baggage is very simple, just a couple of bags of broth, rare and cooked beef, wine sauce, and a few plastic chairs.

Beef noodle soup Duong Tau is located at 3 Tran Phu, but if you turn from Tong Duy Tan, it will be faster and more convenient. All of this makes anyone coming here feel a little peaceful, especially if eating pho at a late night. 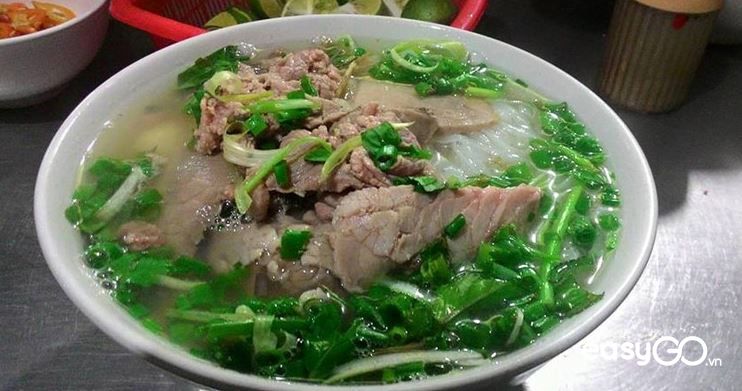 You can choose between soft and tender pho, chewy and chewy pho, or a rich, rich wine sauce. Don't forget to add hot chili sauce and order more baskets for "right".

Located at the junction on the dyke road with the road to Dong Xuan Market, the famous people's bread shop is just a small cart.

The unmistakable feature of this bakery is that the different fillings include pate, sliced sausages, and dried beef that are mixed and fried with eggs right in the pan, then added to the bread. 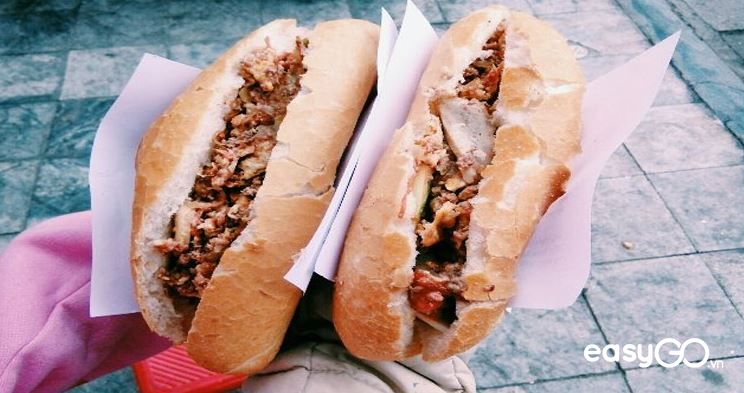 Just take a bite of the bread filled with that filling, both taste and touch will be pampered." Opening hours are not the same as anyone else's, the shop owner only sells from early morning to early morning and is out of stock, serving mainly for "Dan to" or going out at night, hence the name " bread Dan To" sounds very unique.

Not only in Hanoi, but boiled snails are also a very familiar dish for many people. The rich dipping sauce, chili, lemongrass, garlic, ginger, coriander, pepper, etc. blend together harmoniously.

Referring to snails in the old town area, it is impossible not to mention Ha Trang hot snails. The shop is located on Dinh Liet street - the center of the old town. Perhaps because the snails are delicious, the address is beautiful, so the shop is always crowded, crowded with people coming in and out.

In addition, the night snail - De La Thanh is a reasonable choice. The seafood here is not only fresh but also skillfully processed, creating a delicious and unique flavor.

Ta Hien Street from 6 pm until the night is considered the golden hour of sidewalk beer traders. With open space, attentive service style, this street is still the number one choice for beer lovers. 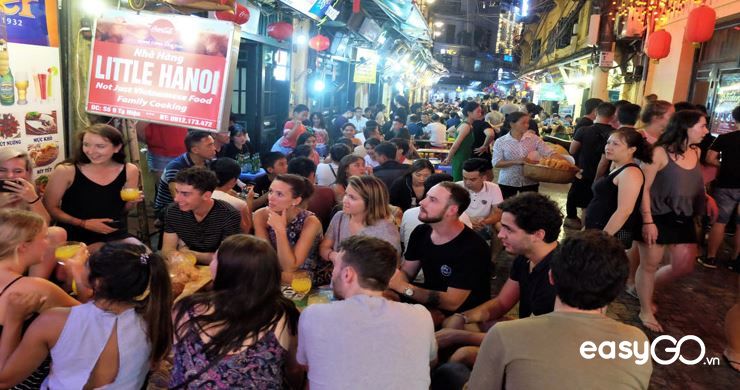 In addition to cheap beer, the restaurants here also serve many other snacks such as grilled squid, potatoes, fried sweet potatoes, fried corn, fried spring rolls. However, despite the abundance of snacks, few people come to Ta Hien and forget to order a beer. 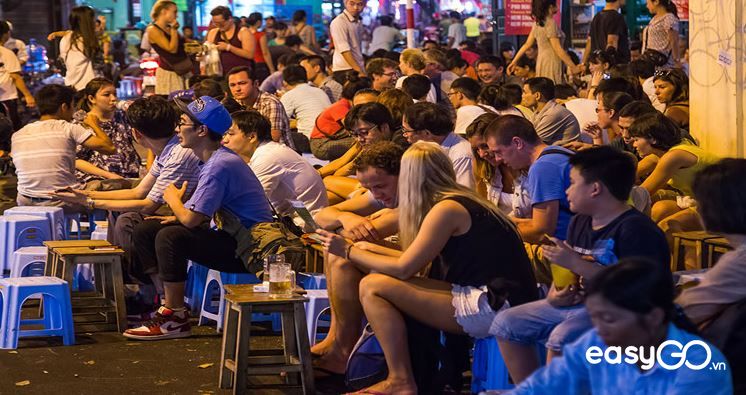 Some other customers affirmed that beer shops in Ta Hien always have a variety of "targeted foods" that are cheaper than many other places. That is also the reason why they can sit all night, drink beer until 00 am here. 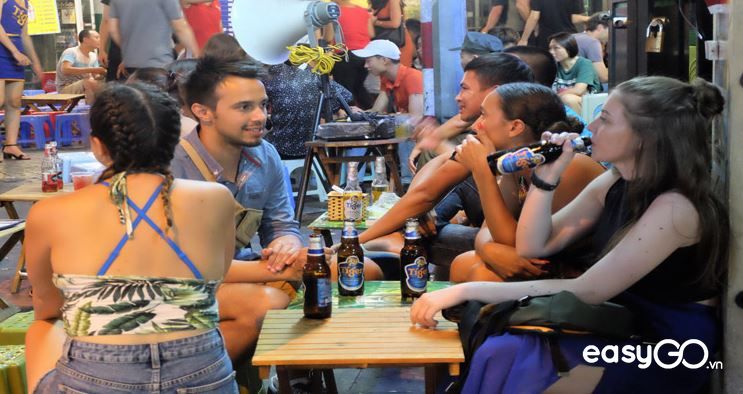 Ta Hien Street from 6 pm until the night is considered the golden hour of sidewalk beer traders. Although not classified as delicious, but thanks to its cheap price, only 5,000 VND/cup, open space, and attentive service, this street is still the number one choice for beer lovers. 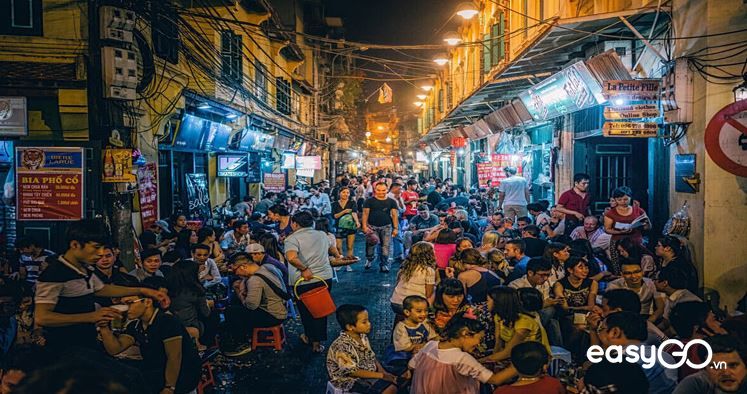 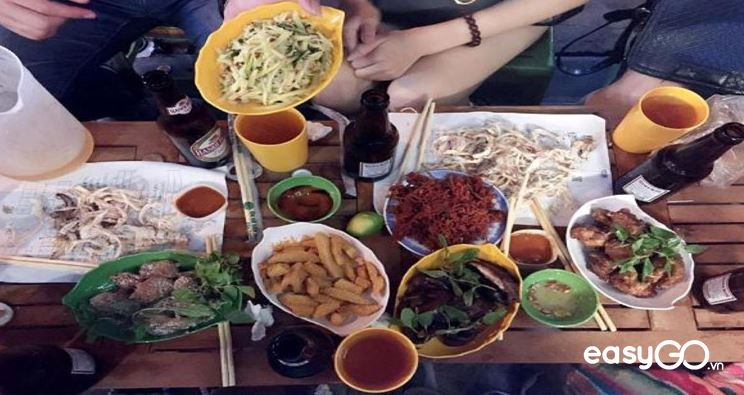 However, despite the abundance of snacks, few people come to Ta Hien and forget to order a beer.

Why do people like to eat at night in Hanoi?

Now, people eat at night not only "to deal with the needs of the stomach" but instead for pleasure, to meet friends, to talk after stressful working hours or to have family, close relatives gather. 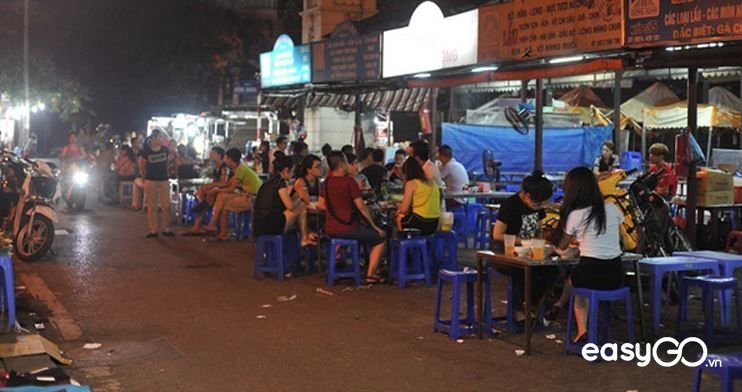 Each person has a purpose, so the night stalls are always crowded, everyone is chatting, ... Hanoi at night suddenly changes, not as chaotic and noisy as the hustle and bustle of daytime life but deep, bustling in a unique way nowhere else. 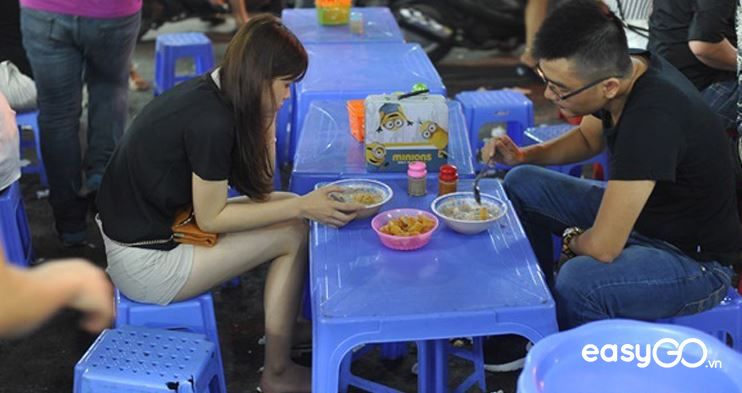 If before, the night dishes were mostly only for workers who had to work shifts, late at night, stop by the side of the road, eat and drink through tangerines. 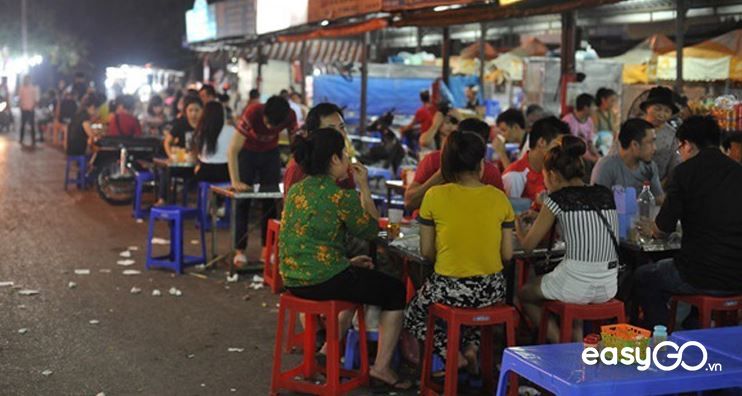 Young people, the end of the game is when the "brother" speaks up, they pull each other into the small shop, sipping a bowl of hot snails, mixing figs to continue the story. For the elderly, a bowl of porridge late at night warms the heart and adds essential nutrients.

"Hanoi at night is not as busy and noisy as the hustle and bustle of daily life, but slow and deep in its own way. Wandering around to discover food at night is also a way for you to love the land you live in."