Ninh Kieu Wharf - The symbol of Can Tho city

Each city and province will always have a place name and a certain name associated with the history, development process and become a symbol of that city. And Can Tho city has Ninh Kieu wharf beside the lovely river. 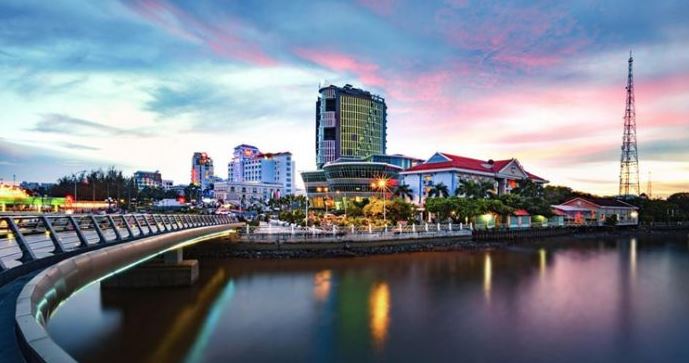 Let's explore with Easygo what makes Ninh Kieu wharf become the symbol of Can Tho city!

Where is Ninh Kieu wharf?

Ninh Kieu Wharf, now known as Ninh Kieu Park, is a wharf and a tourist and cultural landmark of Can Tho city formed in the 19th century.

Ninh Kieu Wharf is located on the right bank of Hau River, between the confluence of Hau River and Can Tho River, adjacent to Hai Ba Trung Street, Tan An Ward, Ninh Kieu District, Can Tho City. 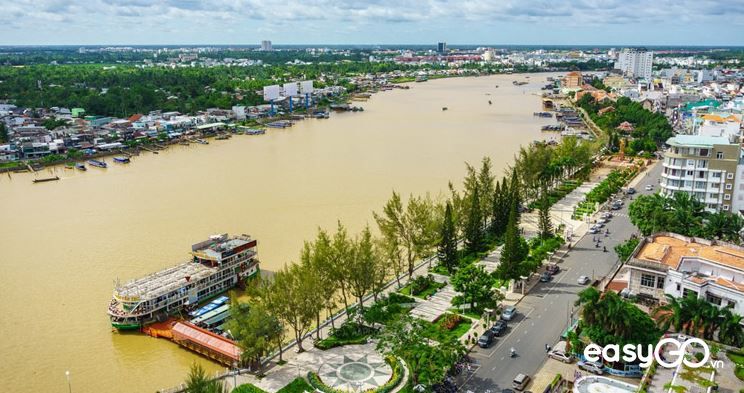 Ninh Kieu Wharf is a long-standing tourist destination and attracts visitors by its charming river scenery and convenient location overlooking the Hau River. Ninh Kieu wharf has long become a symbol of poetic beauty on the banks of the Hau River of the whole city of Can Tho, attracting many tourists to visit and enter into poetry.

There are no historical documents specifying the formation of the Ninh Kieu wharf, but according to some researchers, there have been anecdotes about the formation of this place from the Gia Long period of the Nguyen Dynasty and the old Ninh Kieu Wharf which was a river wharf at the beginning of Can Tho market.

Accordingly, before he was crowned king, Nguyen Anh entered the South. One day, his fleet of boats followed the Hau River into the territory of Tran Giang (the old Can Tho). At nightfall, the fleet of boats had just arrived at the river, which is today's Ninh Kieu Wharf. In the middle of the night, there are echoes of many verses of recitation, singing, music, and flute. This man praised for a charming river landscape and named the river Cam Thi Giang. 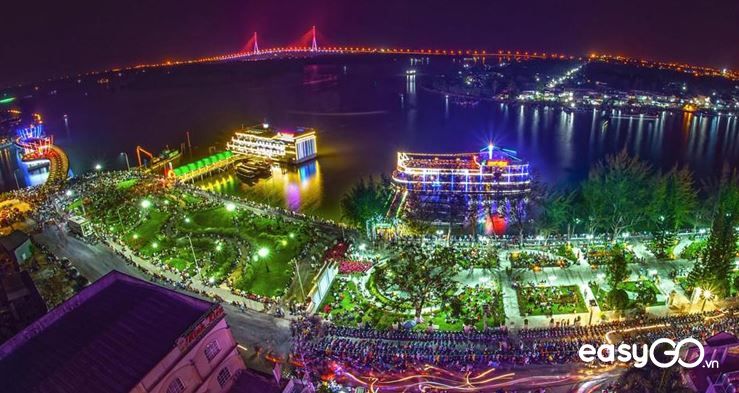 From 1876, the French army came to occupy Tran Giang under the Nguyen dynasty and established the main court in Can Tho, led by Captain Nicolai as chief counsel. Can Tho wharf is decorated with bricks and stones to prevent waves along the riverbank. At this time, it is just a wharf, a wharf of the continent of the country because ships running all over the Hau Giang region stop here to transport goods and pick up passengers.

At this time, Ninh Kieu was busy with boats and ships, and the rows of poplar trees blocking the wind along the shore became the name of the river wharf. The trade became more prosperous every day, Hang Duong wharf was therefore also expanded and repaired, and gradually became a tourist attraction of Tay Do land.

This wharf was named by the French as Quai de Commerce (Vietnamese is: commercial wharf). People at the wharf often call it by the rustic name Hang Duong wharf because along the river there are poplar trees or people also call it Le Loi wharf because the road along the riverbank was formerly called Le Loi street. Around 1957, under the Republic of Vietnam (the First Republic), the wharf was changed to Ninh Kieu wharf associated with Mr. Do Van Chuoc - Governor of Phong Dinh (another name for Can Tho). He submitted to Ngo Dinh Diem to name the park and wharf Ninh Kieu based on an event in Vietnamese history and named after a historical place where Lam Son insurgent army defeated the Ming army led by Le Loi.

On August 4, 1958, the Minister of Home Affairs during the First Republic, Mr. Lam Le Trinh, went to Can Tho from Saigon to attend the ribbon-cutting ceremony and read the Decree on naming the park and Ninh Kieu wharf.

Today, around the wharf area is renamed Ninh Kieu District in Can Tho City. Le Loi Street along the river is now Hai Ba Trung Street, this street has been planned to become a pedestrian city and the first night market of Can Tho City.

The beauty of Ninh Kieu Wharf

Ninh Kieu Wharf is a park with many ornamental plants that can be played and strolled along the road along the river embankment with flat stone carpets, asphalt, and cement walkways interspersed with beautiful lawns. On the campus are arranged many stone blocks for guests to sit and admire the scenery along the river.

Along the riverbank is a row of poplars hanging down to the river surface, the leaves swooping down in harmony with the undulating waves, sometimes swinging with each wind blowing in from the Hau River, etc. Visitors can visit Ninh Kieu Wharf at any time. Anytime, because every time is a unique moment. 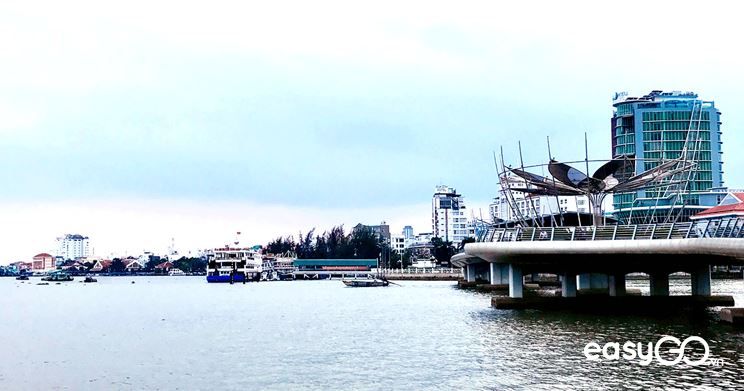 In the morning, the Ninh Kieu wharf has an unusually quiet and peaceful look in the crowded and bustling city.

At night, Ninh Kieu wharf really puts on a new shirt, extremely splendid and magnificent with colorful lights, people passing by, we can easily see a family walking hand in hand walking around the wharf, many groups of children play carefree in front of the statue of President Ho Chi Minh or we accidentally come across the image of a shy girl in her twenties walking with her lover...all creating a vivid picture, colorful.

Coming to Ninh Kieu Wharf, visitors cannot miss the opportunity to once board the Ninh Kieu cruise. Every day Ninh Kieu cruise - a restaurant on the river, operating from 19:30 pm to 9 pm, taking guests to enjoy the river and watch musical performances such as Cai Luong or the unique Don Ca Tai Tu, enjoy the Southern specialties. 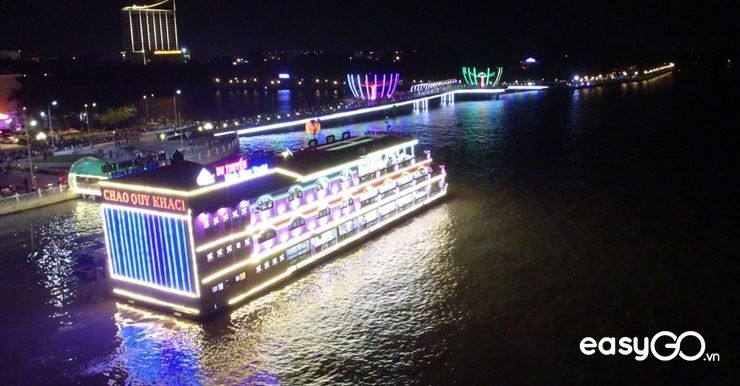 The cruise has a spacious and luxurious 3-storey design with a capacity of about 600 guests per boat. Currently, at Ninh Kieu Wharf, there are 2 cruises serving guests, you do not have to pay fees when boarding the boat but only pay for food and drinks used when having fun on the boat. The prices of dishes and drinks here are quite reasonable, ranging from 80,000 to 300,000.

In the midst of vast heaven and earth, surrounded by a charming, immense river, and in the ear is a smooth echoing voice... these are wonderful and poetic moments of relaxation. From the cruise, you can also admire the shimmering and magnificent beauty of Can Tho Bridge - the largest and longest bridge in Vietnam.